Roman Numerals 1-15 chart is provided on our website to help you in learning the basics of the Roman numerals. In the given Roman number chart 1-15 counting with their numerical (digit) expression is given so that you can thoroughly understanding of Roman numeral in a better way. 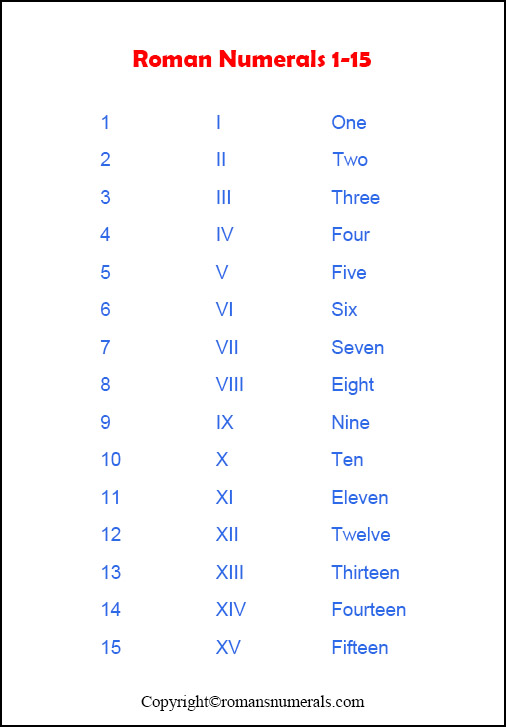 This roman numeral is the very ancient format of the world and an interesting format to learn. There was a time in the ancient era when these numerals were widely used as an only mathematic approach. 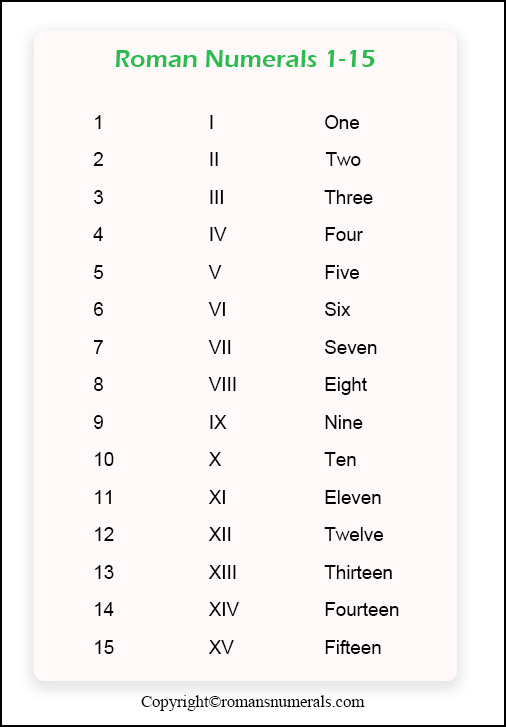 There are a few numbers of occasions when roman numerals are being used. Such as Olympics are one of them and the digits format used to write on watches.

To learn the Roman numerals 1-15 you can use the given printable charts. This chart explains the roman numerals in a very easy way to help kids and beginners. 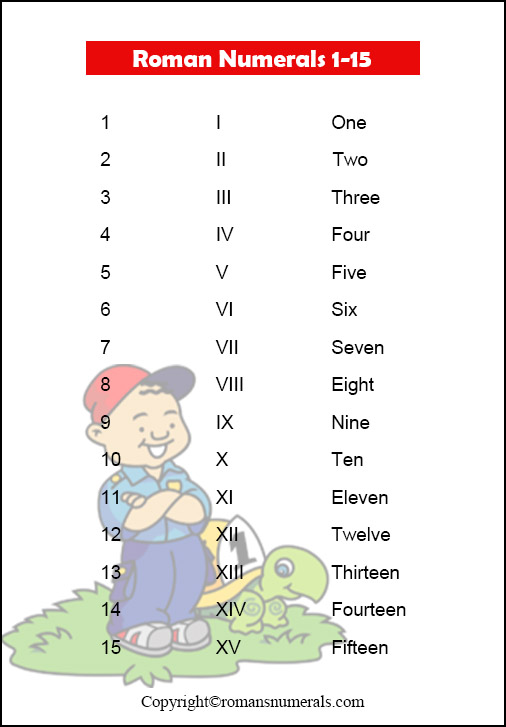 If a learner is a school-going or a beginner of mathematics the given chart will be helpful for you to understand the formation pattern of roman numerals.

Additionally, we have provided the practice tool for the kids to check their knowledge. Carry these charts to the classrooms just by taking print out of them from the given options.

Use these Roman numerals 1 To 15 in both the soft and hard formats as per your need, as these are very compatible for every user irrespective of their age. 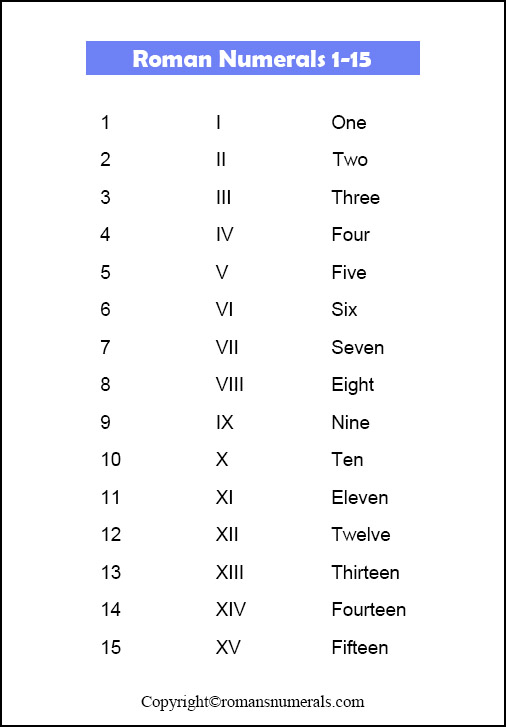 In modern times, it is very essential to have digital copies so that we can use them on our laptops, tablet, mobile phones easily. These given charts have many user-friendly features which will facilitate your knowledge.

Today’s kids always give preference to the printable form of Roman numerals, thus our given chart will be very helpful for such users.