In the present scenario, Roman numerals are not much relevant yet at some places it still has relevance. The Roman numerals follow the Latin set of alphabets to represent the particular numeral. 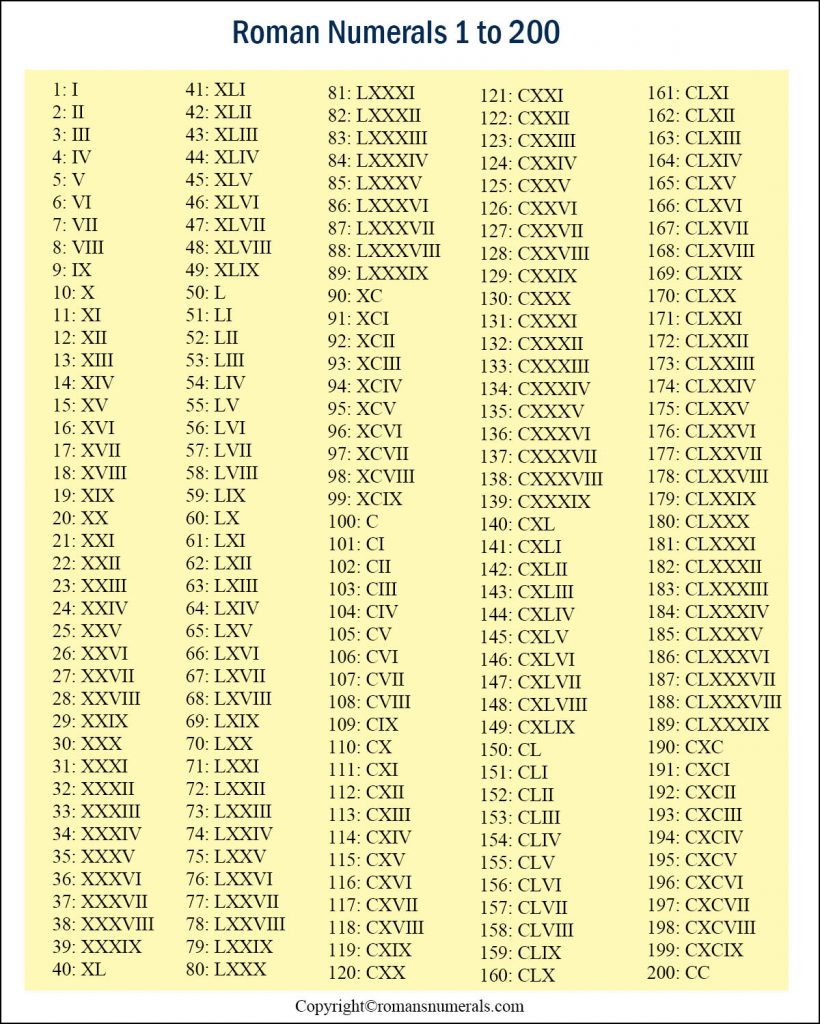 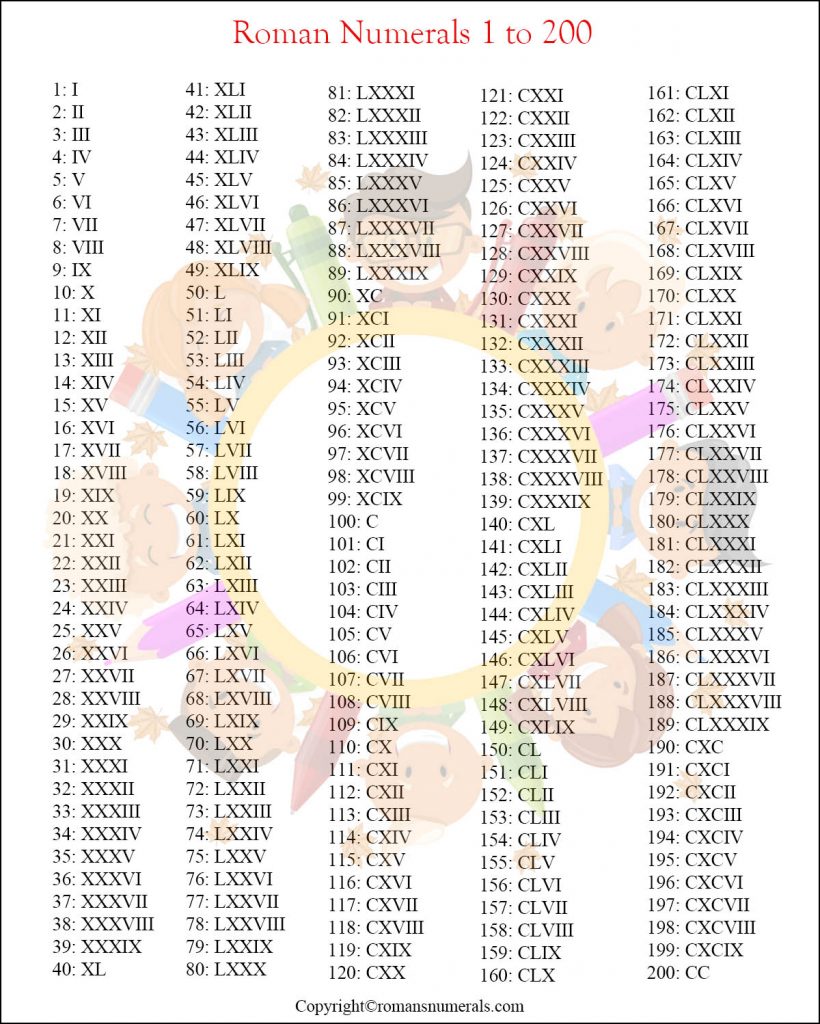 Well, we want to make numeral learning the fun to all our learners so that they can easily understand it. Keeping the same objective in consideration we have drafted this Roman numeral chart for our readers.

The chart contains all the Roman numerals from 1 to 200 for the beginners. 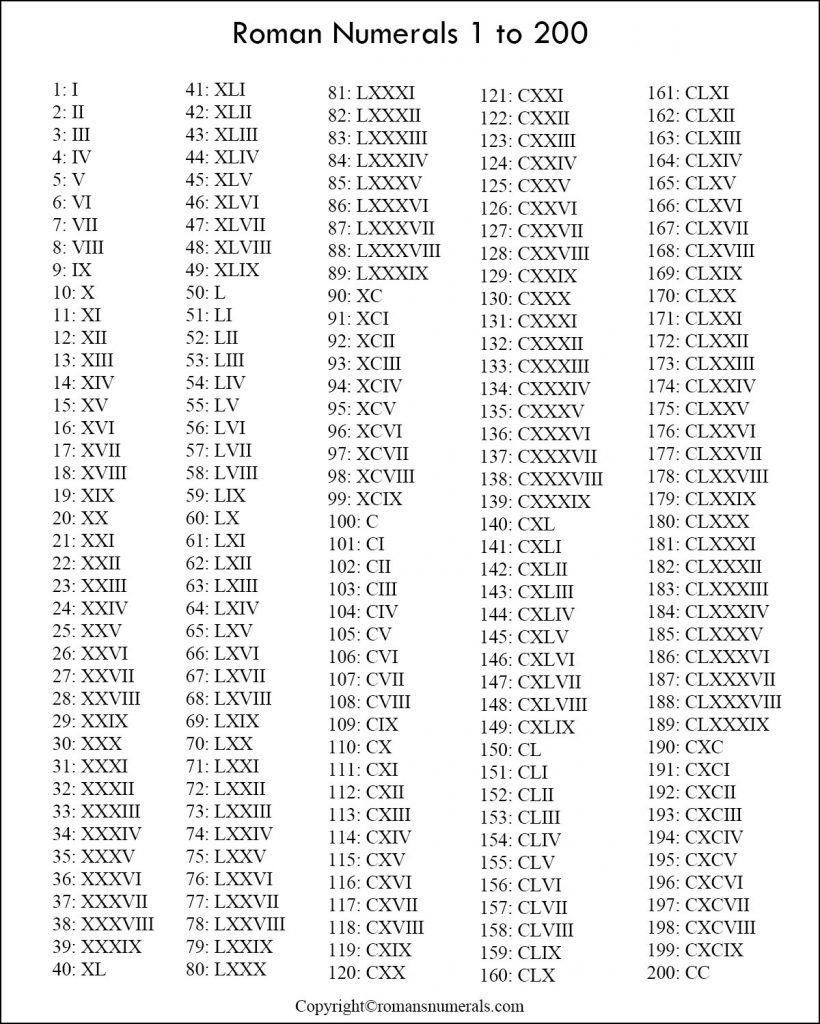 We are living in the digital age of learning therefore majority of people refer to the online source of learning numerals. So, this is why we have drafted the Roman numeral 1 to 200 printable chart. 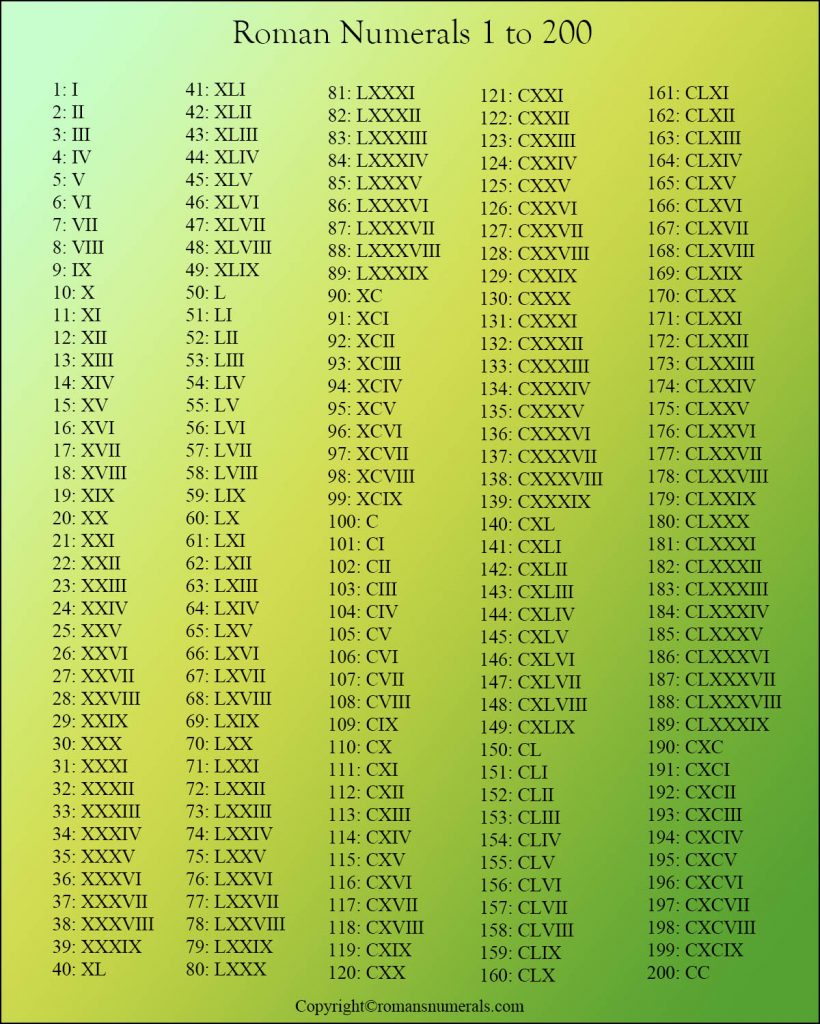 This is an ideal chart both for the kids and for the adults also. Consequently, you can just print this chart from here and learn it for yourself or to gift it to your kids. Moreover, being the printable Roman numerals chart you can get it in several digital formats. We believe that our Roman numerals chart will help you in learning these numerals. You can encash your Roman numerals knowledge at the number of occasions.